The End of the War in the Pacific
On July 26, less than three months after the unconditional surrender of the Nazis in Berlin, bringing the War in Europe to an end, the United States government offered the Japanese an ultimatum. Accept unconditional surrender or face “prompt and udder destruction”. Unwilling to surrender, the Japanese continued on with their war efforts, refusing to admit defeat. With the United States fearing a costly invasion of the Japanese homeland, they went forward with one of the most influential plans in the history of warfare. On August 6, 1945, the Enola Gay, a B-52 bomber, was loaded with Little Boy, a bomb filled with 61 kilograms of highly-volatile uranium, at a nearby naval base. At 8:09 Hiroshima time the Enjola Gay began the most influential bombing run in military history.

At 8:15 the Enola Gay dropped it’s payload over Hiroshima. Due to a strong crosswind the bomb missed it’s target of Aioi Bridge and instead detonated over the Shima Surgical Clinic. The bomb exploded, generating a blinding flash of light, and incinerating everything in a mile radius. Seventy to eighty thousand people died instantly with 20,000 of those Japanese soldiers. Within the coming days, 50,000 people would die of their injuries and radiation sickness. But in the face of destruction unlike anything the world had ever seen, the Japanese still refused to surrender.

Invasion was not an option. Too many good soldiers, good men, would die. The Japanese were master defenders, creating trenches and foxholes, taking land from the Japanese was living hell. So the American government made a decision that would change the lives of millions. They were going to drop another bomb. One more powerful than the first, Fat Man, containing 6.4 kg of Plutonium, was dropped on the city of Nagasaki. 40,000 people were killed and 70,000 were injured and within days the Japanese unconditionally surrendered, and the war was finally over. 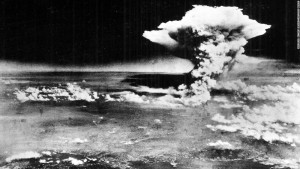 Rain. The only constant truth of the Somme. An unrelenting and unforgiving battering of thick water drops,turning the trenches into a hellish wasteland, where bullets and artillery reign supreme. Where soldiers torn apart by the horrors of have only one basic idea to hold onto. Survival. The basic animal instinct to survive against all odds, to get home to friends and family, where the embrace of normality welcome you with a warm embrace. But today is not that day. Thousands of British soldiers lay lifeless as The Fourth Army pushed to take Bazentin Bridge from German control. And Ed was in the thick of it. Curled into a trench ready for the order to rush straight into the hail of enemy fire, like a fish trying to swim up stream, defying every reasonable thought to run the other way. And then the whistle sounded willing him forwards towards the German encampment, he made his peace, hastily whispered a Hail Mary, and accepted the fact that he just might die. But, there was no time for hesitation and Ed charged, watching legions of his countrymen get cut down by lead. But his legs wouldn’t stop moving, his brain willed him forwards focusing on the singular goal of taking back the Somme from the German Army.

Strength in numbers. That’s what they always preached. The didn’t tell Ed that said numbers would be charging up a hill towards machine gun encampments spitting hellfire at them. They didn’t say that the river would flood, that Ed would watch his best friend bleed out surrounded by mud and filth, and they most certainly not say that Ed would find himself face to face with a German. When the Brits assault reached the first encampment, their momentum carried them and with their deadly bayonets ready to sting, they stormed through the trench, with any German in the way finding themselves impaled on six inches of steel. As Ed and his squad made his way through the trench they found a German private, probably a farm boy called to action just like Ed, crawling through the mud clutching a grave wound. Ed, a combat medic, knew what he must do. Crouching down he ripped out the twisted metal shrapnel, and gently rolled a bandage over the gash. He lay there next to his enemy and was startled when the German managed to whisper a weak thank-you and closed his eyes. So Ed, and this wounded German boy, lay next to each other united and separated by war. 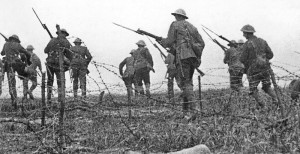 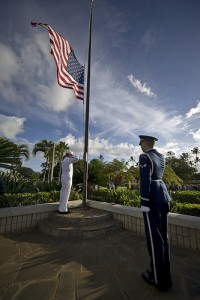 Always have been, always will

When the towers fell, and time stood still

There were always those who continued to fight

not only did they fight , they fought harder

from beneath the ruins, a fury only found under

the fifty stars. A United people bound by the

loss of two metal giants, which were plucked out

the sky, with a disturbing hunger for chaos and

terror. But this is not a tragedy, it’s a story of

willpower and survival, hope and humanity

bonding a nation together below the brilliant

Welcome to your brand new blog at Edublogs!

To get started, simply visit your blog’s dashboard, edit or delete this post and check out all the other options available to you.

We can walk you through step-by-step in our guide to getting started with your blog.